Time for an Update

Since Stitchville's Spring Fling (the record breaking snowfall and class with Jeanette Douglas), I have been on the road constantly which makes updating this blog regularly somewhat of a challenge!

When I last left you, I was telling you about Spring Fling and Jeanette's class project.  The project, My Stitching Box, was awesome and one that I look forward to stitching and finishing.  Of course, I haven't put a single stitch in it since that weekend.  My dear friend Chris has finished her project though and hopefully she won't mind that I am sharing the picture of her finish here! 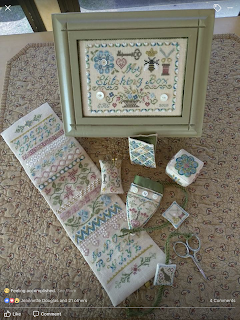 Isn't she an amazing stitcher and finisher?  Someday I hope I am able to accomplish as much as she does.

The Monday after Spring Fling I left for Paris.  Arrived Tuesday and was there until Thursday.  Despite the fact that I was there for work, I still was able to take in some familiar landmarks.

Arc de Triomphe - after record breaking snow in Minnesota, the beautiful weather was a welcome relief! 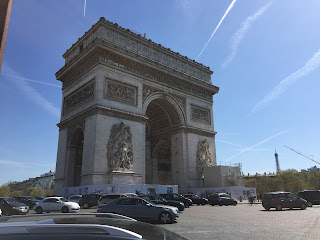 Eiffel Tower - this is at 9pm when the lights were twinkling up and down the monument. 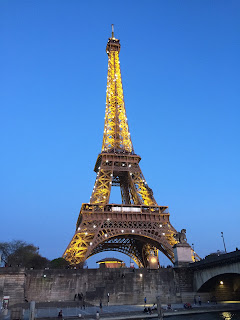 Did you know that the city of Paris has their own Statue of Liberty?  It is a much smaller version than the one that France gifted to the United States.  It sits at one end of the Seine River and faces West, toward the United States. 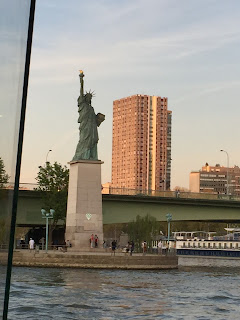 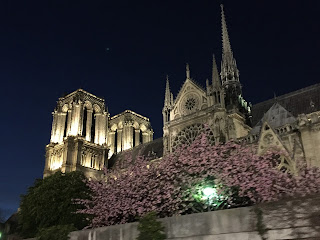 Of course, the highlight of the trip for me was the very last day.  My flight was delayed five hours.  Normally this would not be a happy situation, but the delay provided me with just enough time to visit a needleworker's favorite place - Sajou! 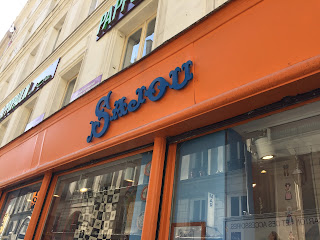 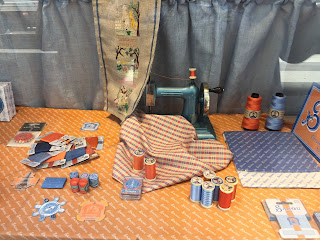 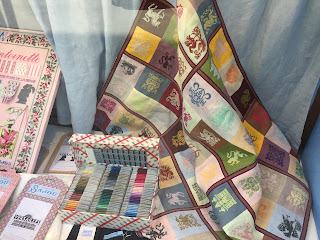 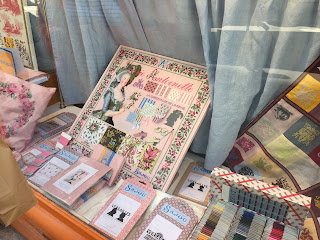 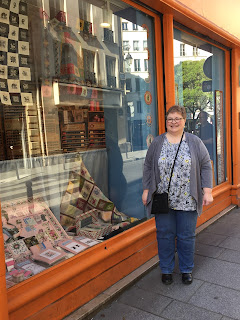 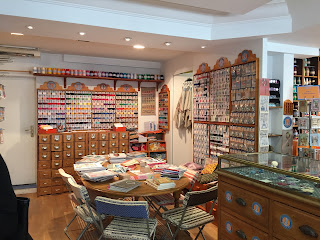 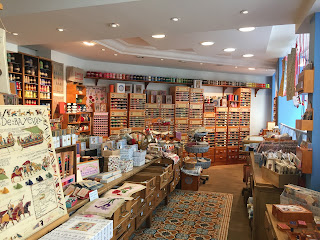 It's not a large shop, but it is jam-packed with stuff! I only had about 30 minutes to shop and could have easily spent three hours!  Hopefully I'll have an opportunity to visit again some day.

Arrived home from Paris, spent a week in Atlanta, traveled to Wisconsin for a family wedding on the weekend, and then last week, spent the week in Miami.  Had never been to Miami before.  Since I'm not really a beach person, I don't know that I would ever go back, but it's fun to be able to say that I was there.

This was the view from my hotel room: 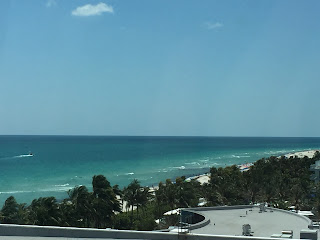 After one of our evening events, I did walk down to the beach and contemplated putting my toes in the water and then chickened out. 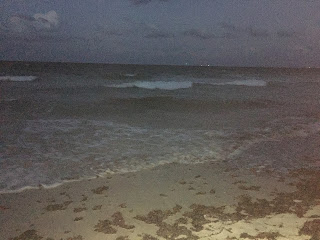 I've enjoyed a delightful weekend at home (doing laundry and vacuuming), but tomorrow I travel back to Atlanta again.  After this week, my traveling should be done for awhile (I hope).

Yes, I have stitched a little bit these past few weeks, but not nearly as much as I would have liked to.  Have enjoyed seeing all of the Stitch Maynia posts on Instagram and Flosstube!

If you made it this far, I hope that you enjoy the week ahead.  Happy Stitching!
Posted by Cathy B at 3:47 PM 6 comments: