The People of Burgenland

My mom and I had a wonderful trip. We were gone a total of 17 days (two travel days) and experienced and enjoyed more than we could have hoped for. As you've seen over the past few days, we were able to make some great purchases, tasted some wonderful food, visited exciting and interesting places, tasted more wonderful food - truly, it was the trip of a lifetime! There are many things that we saw and did that I haven't even talked about here on this wee little blog! But the most important reason for our visit though was not the food, the places, or the souvenirs, but the people. We journeyed to Burgenland to visit with family and friends that we have connected with over the years.

Let's start with Wallern - this is where my grandfather was born in 1882. In 1906 he immigrated to the U.S. He had five siblings, Josef, Michael, Elizabeth, Andreas, and Stefan. Michael would also later immigrate to the U.S., but the others remained in Wallern. These six siblings had a total of 20 children, and only three of these first cousins (including my mother) are still alive today.

One Sunday we traveled to Eisenstadt to visit some of our Nyikos relatives who have made their home there. Our visit with Paula Nyikos, my mother's first cousin: 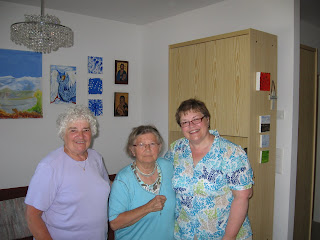 Unfortunately, we were unable to visit with her other first cousin, Maria, as she was ill, but we did visit with her son, Stefan, and his wife Beatrix. Their home overlooks Eisenstadt, the capital of Burgenland. The second photo is of some other cousins in Eisenstadt, including the wife of one of my mother's first cousins. 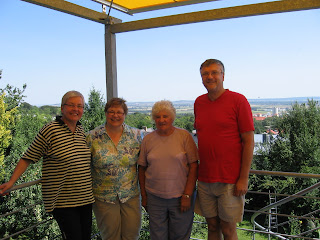 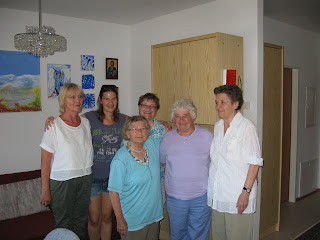 Then on a later date we spent time in Wallern. Here's a snapshot of the chapel which is attached to the church. My grandfather would have been baptized and attended church in this chapel. 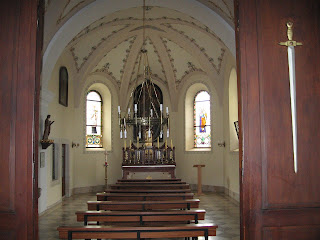 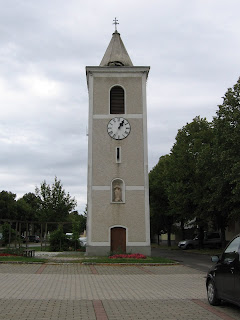 Our cousins in Wallern. Resi Nyikos, on the far right, is the wife of my my mother's first cousin. Her daughter, Christa, is in the middle. 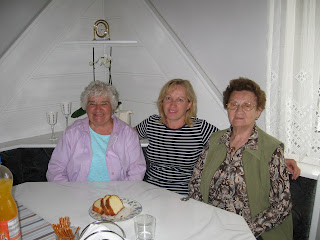 We have always wondered if my grandmother and grandfather knew each other in Burgenland; as far as we know, they didn't meet each other until they were in the U.S., but Wallern and Tadten are located very close, just 6 km apart. 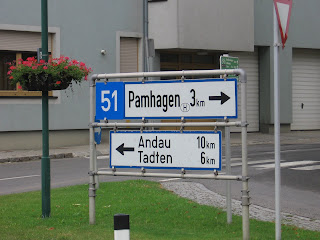 Let's take a quick detour to Andau. Here we visited with some good friends. We have visited with them in Austria before and they made a trip to Minnesota one time. They are related to one of my mother's neighbors. The Peck's from Andau: 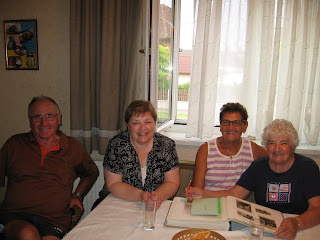 Tadten was our home during our stay in Burgenland; we stayed at a nice pension "Zimmer Frei." Tadten is the birthplace of my grandmother (1889); she immigrated to the U.S. in 1906. Of the Fischer clan, there were 10 siblings; three of them immigrated to the U.S. From these 10 siblings there were a total of 51 children, and today, only seven of these first cousins are still living (including my mother).

Today, there are about 1500 people residing in Tadten. It's a quiet little village surrounded by farm fields. Some of the important sites in Tadten include the church, the chapel, the cemetary, and the city hall. 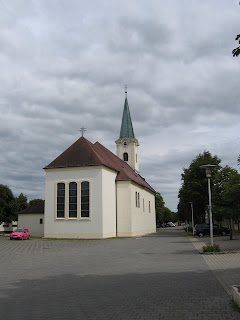 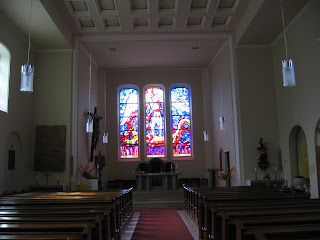 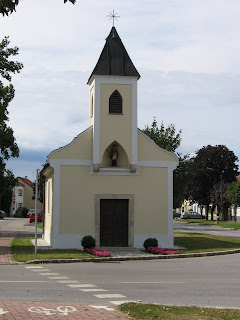 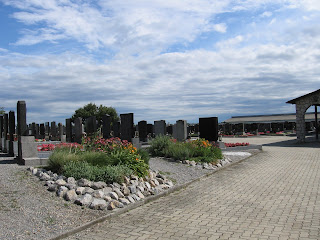 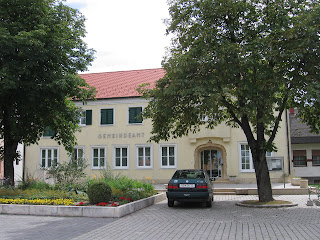 My mother with her cousin Maria Zwickl and other cousins (granddaughters of Josef Fischer): 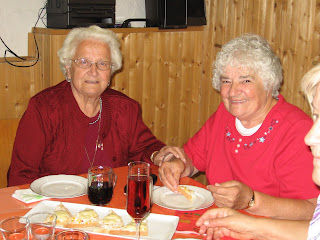 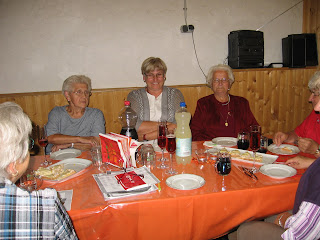 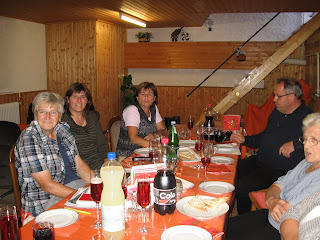 My mother's cousin Elisabeth Wurzinger (this was the day we ate Kraut Strudel!) It was also the firt time my mother ever used Skype - she and Elisabeth skyped Elisabeth's brother in Steiermark! 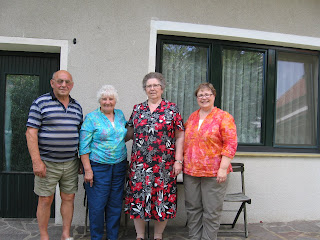 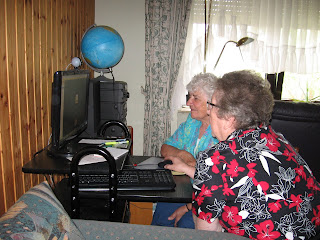 Our visit with the Hautzinger's included a tour of their cheese and yogurt making facility. They have 500 sheep on their farm. Their son, Reinhard, visited us in the US back in 1991. (Reinhard's grandfather was my mother's first cousin.) 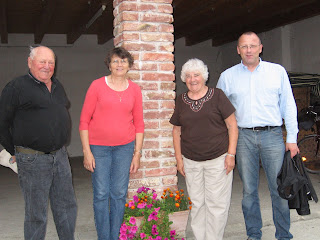 Last but not least, the Kleidosty sisters - Mathilde, Anna, and Elsa. These three sisters are the daughter's of Theresia Kleidosty, my mother's cousin. The second photo includes Martin and Ilse our hosts (Martin is Anna's son.) 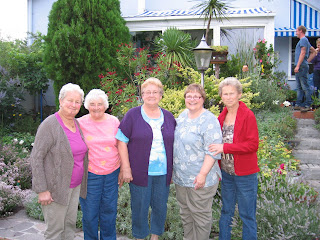 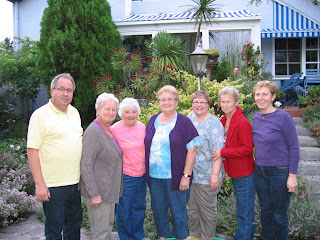 What a wonderful vacation, I've so enjoyed reading about it!!! Love all the family pictures :-).

What a special vacation this was! Wonderful family pics!

Wow!! What a great trip. I truly enjoyed reading all about it and the pictures are fantastic. TFS.

Wow Cathy! This truly was a trip of a lifetime. It looks like you had a wonderful time. I enjoyed reading all of your posts and seeing the pictures. Hope to see you soon.

How wonderful it must of been to meet up with all these different family members. And to explore such a beautiful country. I'm glad you had such a fun time. Best wishes.