This is the first time since the beginning of the year that I found myself behind with Randje. I was able to stitch the bands for Week 24 while flying to New York. The seat next to me was open; how unusual is that?

On Sunday night I worked on the bands for Week 25. I think I might have to restitch the first one and reverse the red and the white. 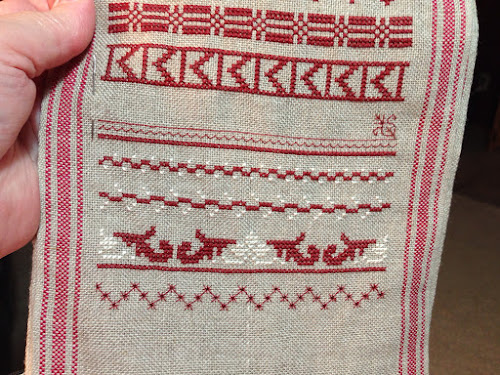 Note that I left room to add the second band from Week 23; the Blackwork band.

I wanted to share a couple more pictures from New York. I found the architecture of the buildings in the neighborhood to be quite appealing. 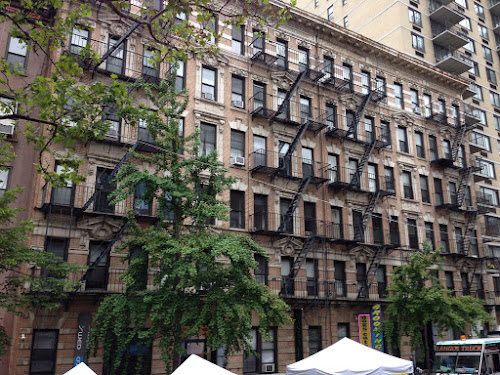 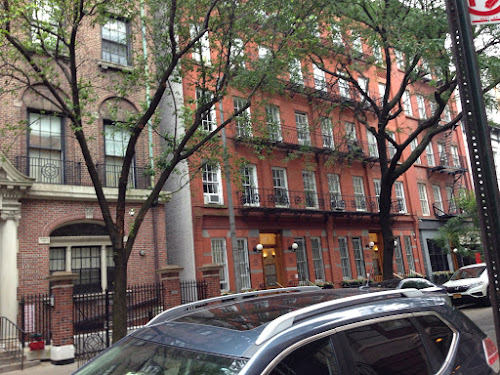 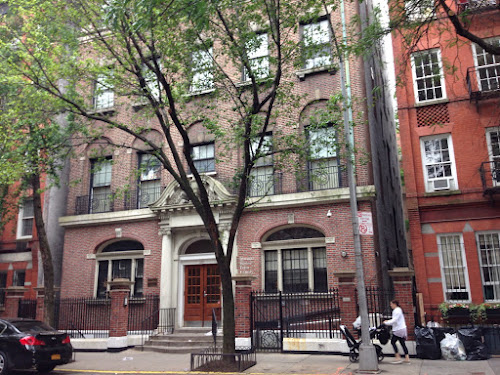 We decided to visit St. Stephen of Hungary Catholic Church, just two blocks from the festival. 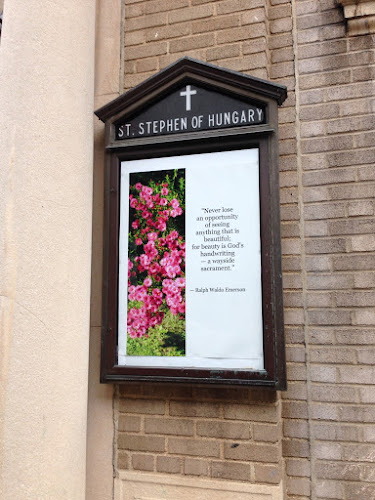 The stained glass Window behind the altar was beautiful. 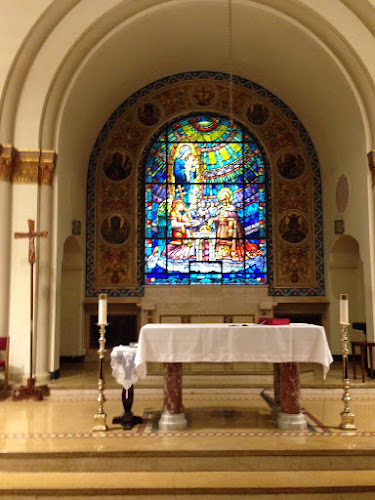 Always have to take a picture of the organ for my organist mother. She has trained me well. 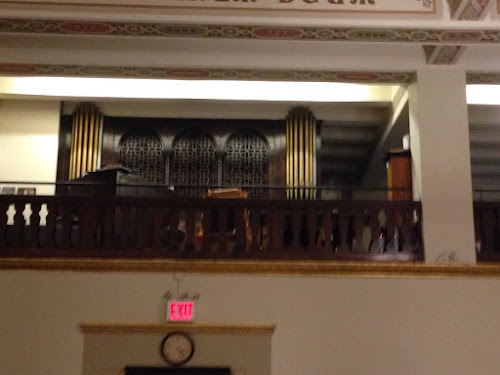 In the church there was an icon of St. Stephen. I learned that he is the only saint recognized by both the Roman Catholic Church and the Byzantine Catholic Church. 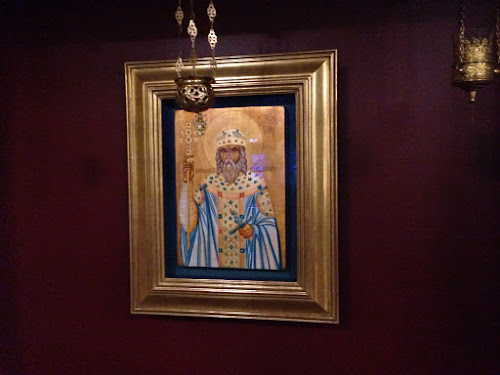 Sometimes you find quilt squares in the most unusual places. This pattern was in the floor at St. Stephen's. 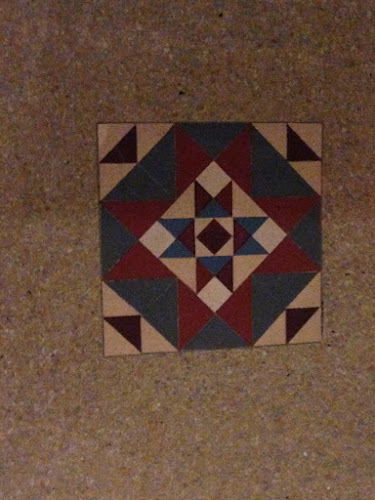 We also went into the Byzantine Catholic Church. They were in the middle of mass. Sadly my pictures did not turn out well.

I'm working on trying to finish up a friendship sampler that a group of friends worked on over the past eight months. Would like to have it framed in time for our guild's retreat in August. Wish me luck!

Posted with Blogsy
Posted by Cathy B at 10:39 PM

Your Randje looks great! And that stained glass window is beautiful!

This Randje still intrigues me--I'm on the hunt for some banding!!!

Love your Randje progress. Enjoyed your pics from NYC too!