Poor neglected blog...yes, this was the subject line of a recent email that I received from the Mad Tatter. I visited her twice this weekend and both times she told me that she had checked for an update and was disappointed that there was no update. So here we go!

The past two months have been busy. I’m working from home and find that I spend even more hours working than I did when I went into the office everyday. Doesn’t leave much time for stitching. I took pictures today of the projects I have been working on though and was surprised at how much I’ve actually done.

Around the Memorial Day weekend I got the patriotic stitching bug. I started Summer Jubilee by Blackbird Designs. I’m stitching on 36 ct 18th Century Blackbird and I don’t mind the dark linen at all. The linen color in the first photo is more accurate. 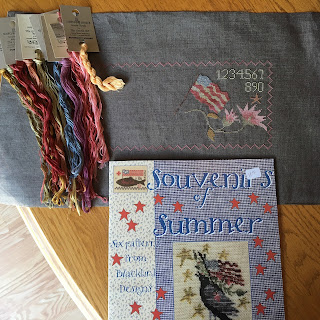 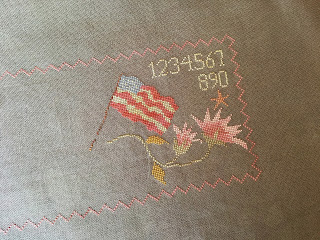 Squirrel...sometime in June I got distracted and started another patriotic piece. This one is from Plum Street Samplers...A New Constellation. Using all the called for linen and threads. Love stitching this one. 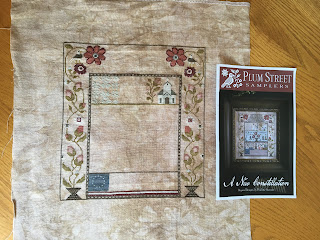 Another squirrel...I was looking for something that would be easy to stitch on while visiting with my mom, so I started this Blackbird Designs piece after seeing Abibellastitch (flosstuber) stitching it on this Weeks Straw checked linen. Loved it so much I couldn’t stop. 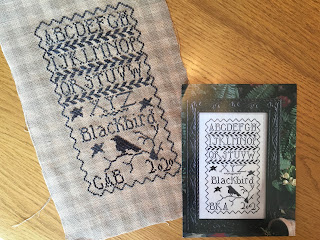 Revisited patriotic stitching by pulling out Star Spangled Spectacular from Brenda Gervais. I’m not a big fan of over one stitching, so I stitched mine over two on 40 ct Vintage Pearled Barley. 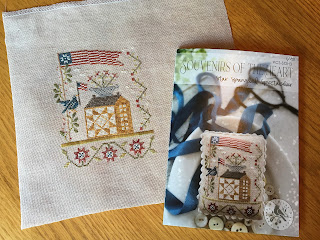 Squirrel again...some of the flosstubers were going to start Flag Folk on the 4th of July. I just happened to have it in my stash; I had purchased the Country Sampler conversion on 36 ct. Picture This Plus Murky. Just a small start... 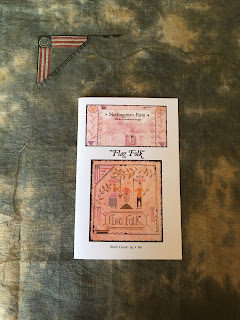 This past week, I have been working on the Perennial Pinwheels from Hands on Design. I will be meeting up with a friend in August who has hers all stitched and we are planning to finish them together. These two are almost finished. Ten more to go. :) 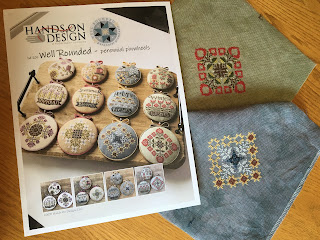 Now you are all caught up!  And you have this lady to thank (included are some pictures of her recent tatting!) 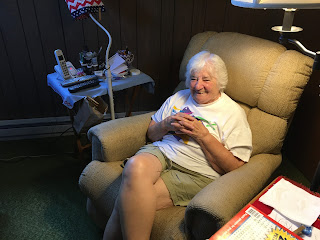 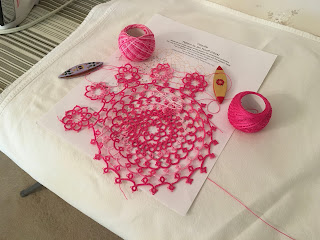 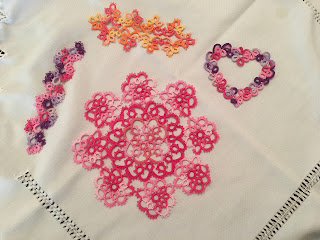 Looks like you have made great progress. Love all your finishes and your starts too.Its hard when working from home to stop for the day.....just one more thing you think, it will only take a minute......

....stay safe and find time for stitching whe and if you can.

Good to see you back. At least you are doing better than I am with blogging. Love all the patriotic things. I have thought about starting Flag Folks for next year. I love murky for Halloween stuff. It will be good to see how Flag Folks looks on it.

I forgot to say how happy I am to see the Tatter is doing well and keeping up with her lovely work!

Those are some great projects.
Your Mom's tatting is beautiful.
Marilyn

I'm glad you've updated your blog, because I love seeing what you're stitching! My blog has been neglected lately also, mainly because of all the activity going on with my mom moving in. I guess I'd better start blogging also!

Love all your projects and I think I need to get that Blackbird Design book! I don't do linen but I admire anyone who does. Lovely fabrics you're using too. The tatting is beautiful!

What super projects you are working on! I really like the BBD monochrome on the gingham fabric you are using. Thanks to the Mad Tatter for giving you a little nudge!

Fully understand the work more at home issue. Seems like everyone else is stitching so much more or faster than me...but know that's not true either. Your starts are so lovely....very patriotic. Love seeing your mom's work.

So many beautiful projects! You both have been busy!