The theme of the retreat was Christmas and so we did an ornament exchange! All of the exchanges were beautifully stitched and finished. 17 of us (roughly half) participated in the exchange.

These pictures aren’t the best. I took them upside down, so the angle isn’t quite right, but it will give you an idea of the pieces that were exchanged. 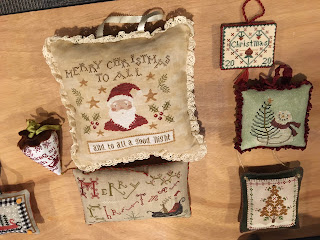 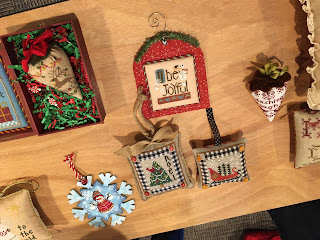 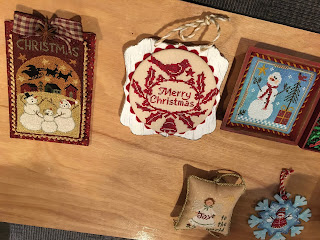 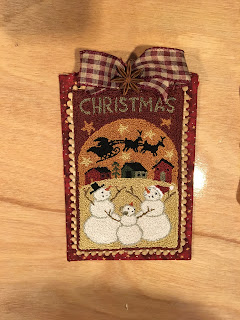 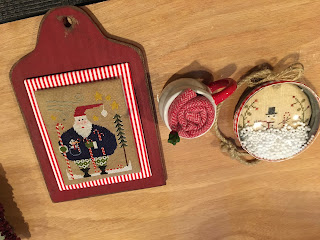 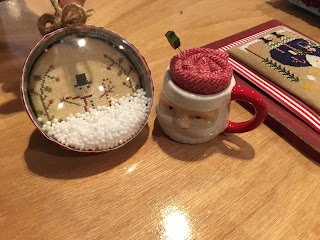 This was my exchange. It’s a Mary Garry design from the Just Cross Stitch Ornament Magazine; I’m quite certain that it was the 2001 edition. That’s a gold needle on the front and I finished it with a pocket on the back for a small gold scissors. I like smaller ornaments. Stitched on 40 count, this ornament was roughly two inches by three inches. I included some other goodies (not pictured). 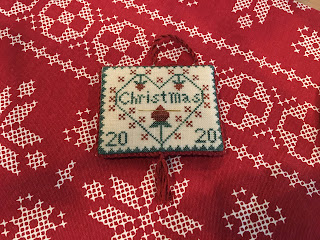 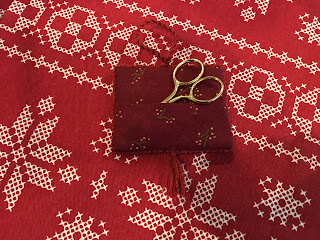 I love what I received in exchange. It’s a Pineberry Lane design and it is beautifully stitched and finished. It will look great in my dough bowl display. I also received a dish towel and some hand lotion as part of the gift. I couldn’t be more pleased! 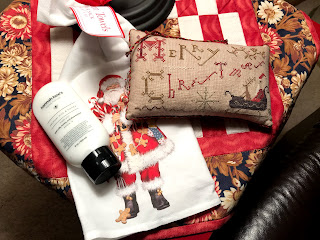 Thanks for stopping by!

Thanks for sharing pictures of the ornaments.

What beautiful stitching .
Love the one you stitched useful too.

What fun! I never know what to do for exchanges, but it looks like all 17 involved in the exchange had very thoughtful gifts!

What a fabulous assortment of ornaments for the exchange! I love the Mary Garry one you stitched, Cathy.

I hope it was a random exchange and that you didn't have to chose from all those gorgeous ornaments! I'm not sure I would have been able to make my mind up :)

Beautiful and thoughtful gifts! A very talented group of needleworkers! :-)

What a fun exchange. I would have been happy with any of the pieces.